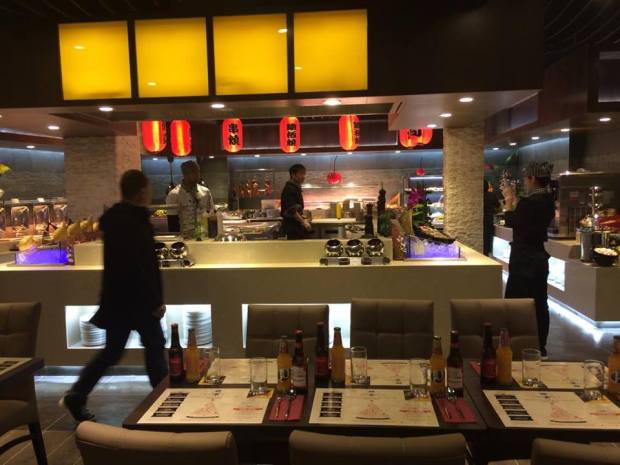 It was a tough job, but someone had to do it (!). That person was We Are Chester’s Kara Beth Davies, who headed out into a rather chilly Chester night to sample the menu at the opening night of one of Chester’s newest restaurants – Panda Mami on Newgate Street. Panda Mami offers an all you can eat buffet style experience with a difference, with chefs cooking dishes in front of diners in a kind of foodie theatre. Panda Mami encompasses sushi, Korean, Thai, Chinese and European cuisine. Words and photos by Kara Beth Davies.

Where else can you have sushi, followed by pizza, followed by a good, old fashioned Sunday roast? Chester’s newest restaurant, of course!

Panda Mami opened its doors for the first time last night (Monday) as it welcomed around 200 guests to sample foods from around the world at its buffet style service. It’s the first of the chain to be opened in the UK.

From the minute I arrived, the staff were so accommodating, friendly and polite, which set the tone for the rest of the evening. It was definitely service with a smile and so much more. They were more than happy to meet the needs of everyone who attended.

After waiting around half an hour, it was finally time to eat the delicious food that was tempting us all so much. There was such a variety, I didn’t know where to start first. I was tempted to return back to the table with a mountain full of food, but it was more sensible to go back to get what I missed.

One of the best things on the menu had to be the Thai noodles, they were absolutely heavenly, I had to go back for a cheeky second helping! The chefs were on top form. As soon as the food had been eaten, they replenished it as quickly as they could.

What makes this restaurant different to any other? Panda Mami’s chefs do live cooking for all the diners to see (not available for the lunchtime menu). It was like an island surrounded by a sea of food and it offered some brilliant entertainment for the evening, along with the live music which added a touch of class. All seemed to be calm once the food rush had ended and, as if from nowhere, flames shot to the roof as the chef was cooking more of the food. Everyone stopped, placed their knifes and forks down, to watch. 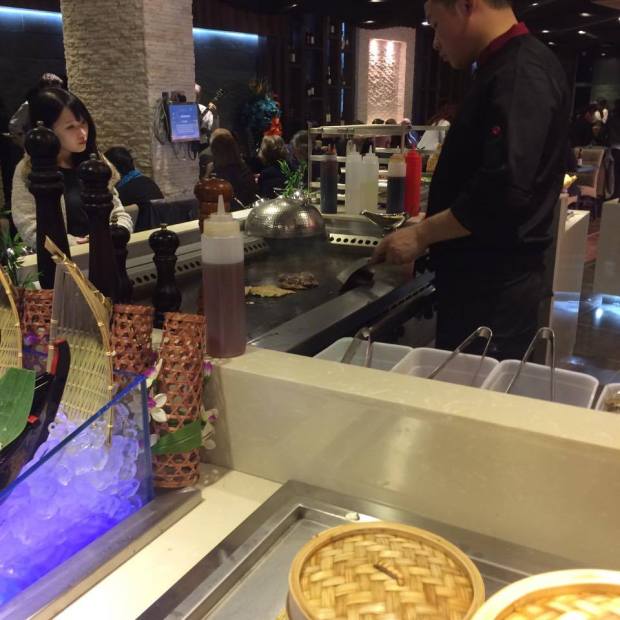 After several main courses were consumed, it was time for some dessert, from chocolate cake to the most colourful fruit. The presentation of each dessert was immaculate. They had every possible dessert you could think of. Out of everything the restaurant had, the dessert was probably my favourite part.

It was slightly chaotic with everyone rushing to get what they wanted, but it’s to be expected for the first night. I’ll forgive them for that and it did calm down as the night went on. The Panda Mami team did such an amazing job in welcoming the diners and putting on an unforgettable evening, I don’t think I’ve ever seen so much food in one place before. It was colourful, it was classic and it was filling. There were a few things on the menu that I didn’t get to try, but that is more than a good excuse to return very soon. 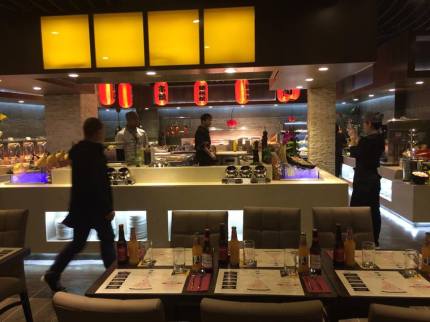 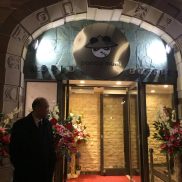 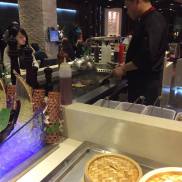 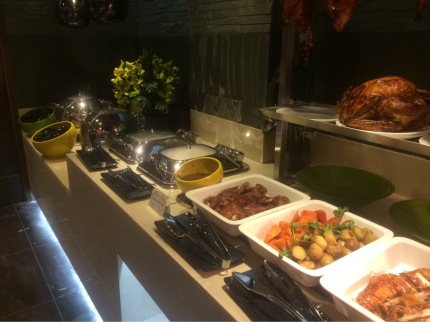