Ever since The IT Crowd hit our television screens back in 2006, I’ve been a huge fan of Katherine Parkinson. I wasn’t by any means expecting her to replicate the character of Jen again, but I knew that she would definitely bring that unforgettable humour as Judy in Home, I’m Darling.

Immediately as I take my seat, I notice the phenomenal set on stage. It feels like I’ve been transported back to the 1950s as I look at it and music from the era plays. 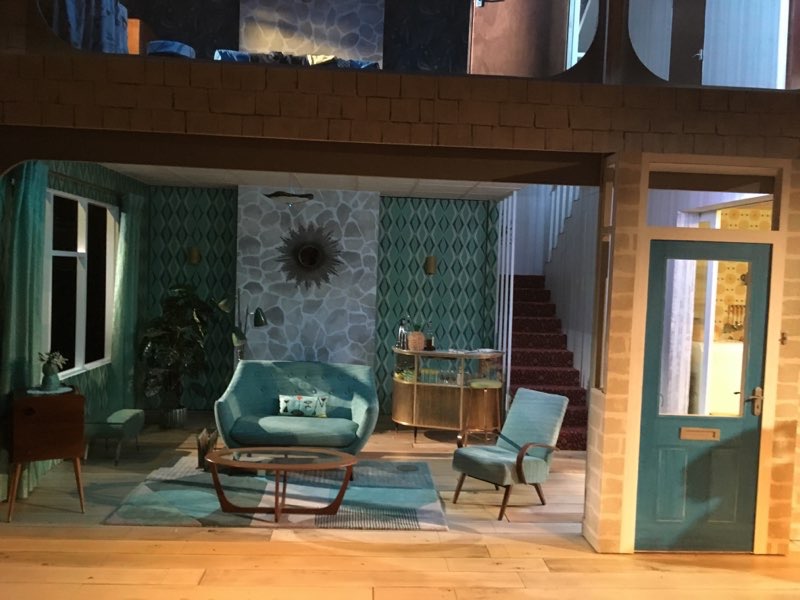 Admittedly, I actually thought the play was actually set in the 50s until Judy pulled out a MacBook!

The story tells the tale of Judy, who after redundancy has been a housewife for the past three years. She yearns to live the perfect 1950s life, the stylish house, fashion and marriage. However, as the play continues, it becomes apparent things aren’t as perfect as they seem.

Whilst Judy wants to embody the perfect ‘1950s housewife’ image, it’s drastically juxtaposed by her mother’s views. Sylvia (who is brilliantly portrayed by Sian Thomas) reminds her daughter that she is living in a fantasy world and the 1950s were nothing like Judy could have imagined. Instead filled with women marching, and fighting for their equal rights.

Similarly her friend Fran (Kathryn Drisdale) is horrified when her husband asks her to quit work to become a housewife. She sassily proclaims: “Men are earning more than women just because they’ve got a penis!” I really enjoyed Laura Wade’s writing style for the production, she adds the perfect touch of humour whilst reiterating serious modern day issues, and her characters act these so well.

Just as feminism is explored, once again Laura Wade’s writing beautifully presents the theme of materialism. From the onset it appears Johnny (Richard Harrington) and Judy’s lives are perfect, but as the tale goes on, it’s apparent that perhaps trying to perfect the 50s style and the goods, are ironically more harrowing than the average 21st century life. 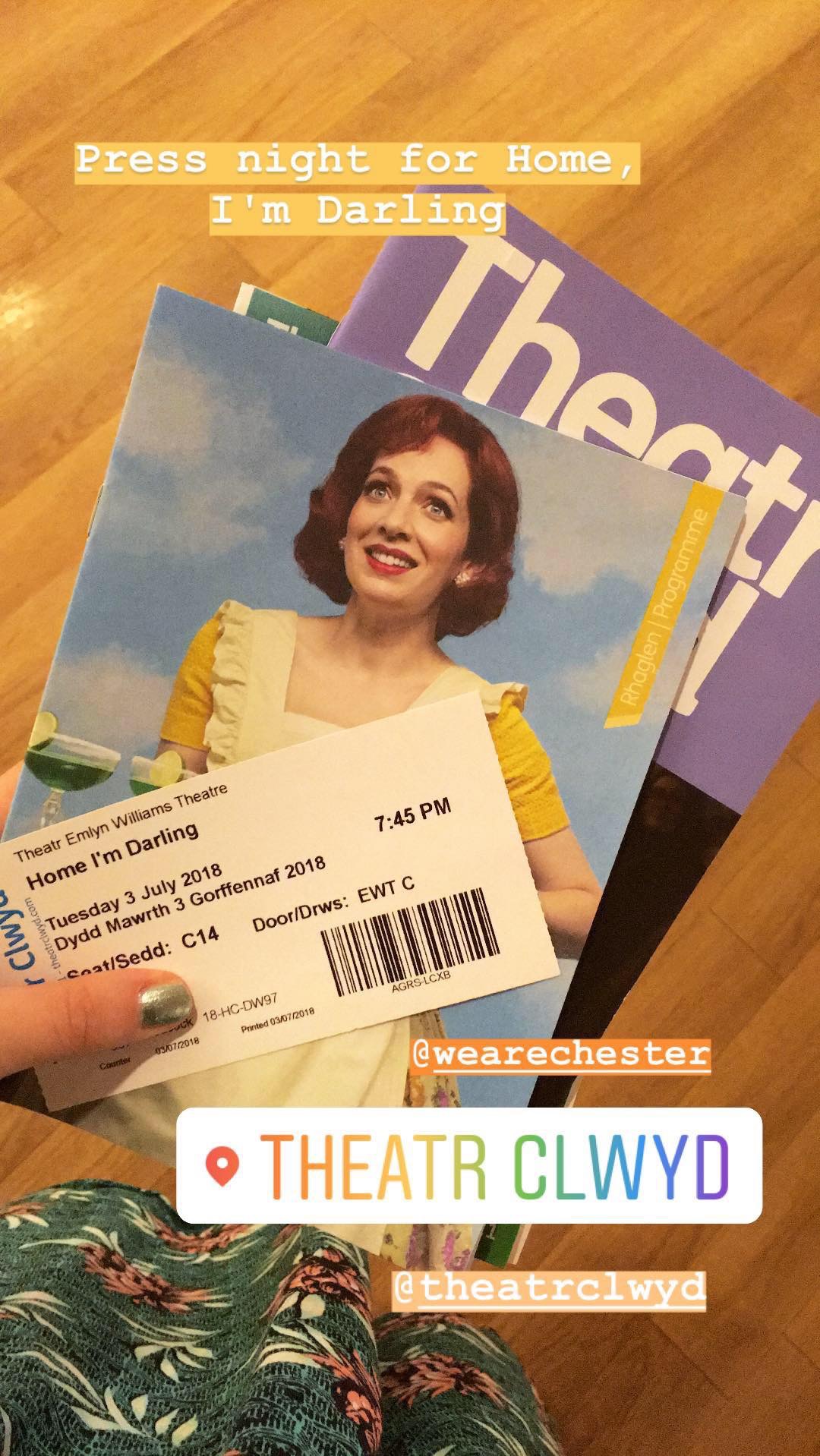 At points in the story I could feel my own heart break for Judy, when it’s revealed husband Johnny has feelings for his boss Amy (Sara Gregory). Whilst you may think that Judy is a person you want to ultimately criticise for being naïve in her fantasy world that she’s so invested in, you can’t help but admire her a little bit for enjoying a style and devoting so much time to it. Katherine Parkinson is exquisite in Home, I’m Darling and has perfectly presented Judy as a character that we become invested in emotionally.

I think what the beauty of the story is, is how the pair work through their marriage struggles. Whilst Johnny makes it clear that dedicating your entire life to the 1950s lifestyle is essentially the problem, the effective solution isn’t to cut it out of Judy’s completely. The story shows how modern life isn’t as simplistic either, as Amy’s phone constantly interrupts their cocktail party and Fran’s husband Malcolm (Barnaby Kay) is accused of sexual harassment in the workplace.

I’ve been so impressed by the productions that I’ve seen at Theatr Clwyd recently, from The Great Gatsby to Priscilla, Queen of the Desert, likewise this Laura Wade production gets added to the collection of impeccable 2018 shows.

I do have one question for the production team though, can you please make a Spotify playlist with tracks from the show?

Home, I’m Darling is in Theatr Clwyd until 14 July. But be quick! Tickets are nearly sold out! You can get them here. [https://www.theatrclwyd.com/en/whats-on/home-im-darling/]