We Are Chester’s Paul Crofts heads to Storyhouse in Chester to watch Chester Operatic Society’s production of Singin’ in the Rain. Photos: Mark Carline.

Chester has always been blessed with several non-professional theatre companies who never fail to deliver when it comes to top quality theatre, whether it be drama, panto, comedy or full scale musicals. I’m delighted to say that that this is most certainly the case with the opening night of Chester Operatic Society’s production of the classic Hollywood musical Singin’ in the Rain.

With the massive shoes of Gene Kelly and Donald O’Connor to fill, Chris Wright as Don Lockwood (played by Kelly in the film) and Andrew Rawlinson-Heath as Lockwood’s sidekick Cosmo Brown (played by O’Connor on screen) had a huge job on their hands but wow those boys can sing AND dance!

I’ve had the pleasure of seeing Andrew in several shows over the years and here he really gets to show off just what a great all rounder he is, a real triple threat, bringing great comedy timing to his role, especially in Make ‘Em Laugh. For me, Andrew is the stand out scene-stealing star of the show.

Chris Wright has the show’s most famous number off to a tee as he taps and splashes his way through the title song with ease. I’m sure the great Gene Kelly himself was up there applauding, bravo Chris. This famous scene wouldn’t be complete without a torrent of rain and that is exactly what we get, very cleverly done. Well done to the back stage team for pulling this off, very impressive, I just hope Storyhouse isn’t on a water meter!

Chris and Andrew make the brilliant Kellyesque choreography by Rob Stevens look effortless with their extremely polished song and dance numbers including Fit As a Fiddle and Moses Supposes, all performed in perfect sync.

Susie Lydiate as Lina Lamont, Don Lockwood’s irritating self centred co-star with a voice you could grate cheese with, pitches her character perfectly as she plots against her rival, Lockwood’s new love Kathy Seldon (played by Stacey Buckley). Lamont’s torch song What’s Wrong With Me is another highlight amongst many during the show.

Stacey Buckley as the unknown but soon to be famous Kathy Seldon shows off her beautiful voice with You Are My Lucky Star and matches Chris Wright and Andrew Rawlinson-Heath tap for tap in the crowd pleasing Good Morning, which is complete with the famous tipping sofa moment. I’ve seen a professional production where that went horribly wrong and so hats off to this mighty trio of performers for carrying it off with aplomb.

Musical director Richard Aaron Davies has done a superb job in moulding the chorus into a harmonious tight knit group and his orchestrations are simply stunning, the orchestra sounding as good as any I’ve heard in the West End. A particular favourite of mine is the absolutely gorgeous You Were Made For Me.

The production team make clever use of video to recreate the films like The Royal Rascal that were supposedly being shot. These sequences are brilliantly done and very very funny.

There are just a few minor technical glitches and some clunky scene changes which detract slightly from an otherwise fabulous production and hopefully these will be ironed out for the rest of the run. I feel particularly sorry for Luke Disley who, ever the pro, sails fearlessly on through Beautiful Girls when his radio mic fails and quite rightly earns himself a huge cheer and much applause from a sympathetic audience. Bravo Luke! 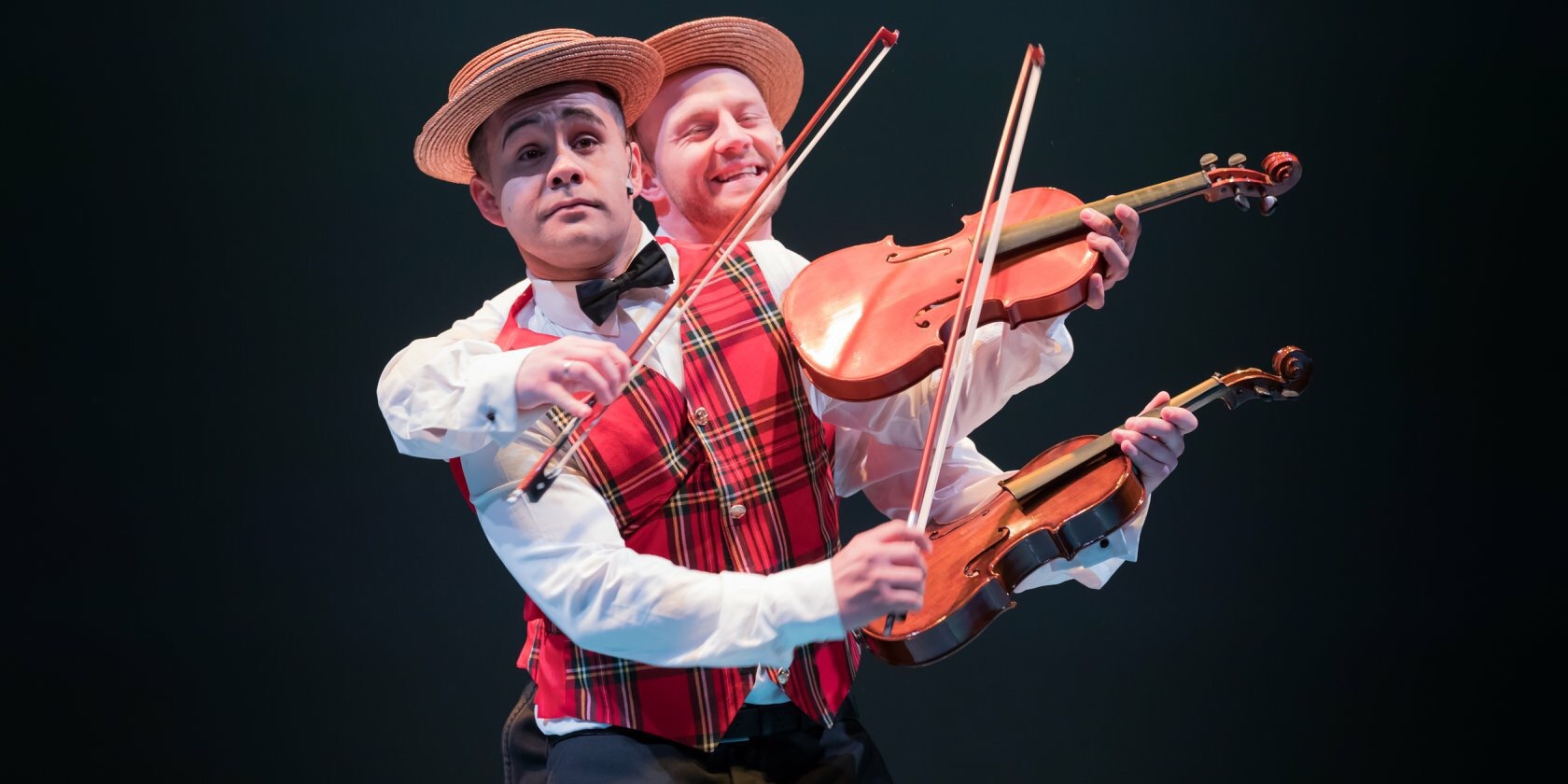 Chester Operatic Society are to be congratulated for pulling off an ambitious staging of this iconic Hollywood musical and deserve every success for the rest of the run. If you don’t leave Storyhouse tapping your way down Northgate Street then I’ll eat my hat!

Singin’ in the Rain runs at Storyhouse Chester until Saturday 10 February. To book, visit the Storyhouse website.

3 Comments on Review: Singin’ in the Rain by Chester Operatic Society