Long established in the city, Theatre in The Quarter (TiQ) has built up an excellent reputation for staging large scale community theatre as well as providing a springboard for aspiring young actors. The two plays presented at St Mary’s Creative Space – Another Side and The Colour Snatchers – recently demonstrated the wealth of young talent we are fortunate to have in Chester. We Are Chester writer Paul Crofts went along to see their latest production. Photos: Duncan Ritchie.

The ever popular Theatre in the Quarter‘s recent offering showcased two of its youth groups, Jigsaw Music Theatre for 7-11-year-olds and Quartz for ages 13 and upwards. Over two sold out nights, they presented two very different but no less powerful stories which they had devised and developed themselves with the help of their respective drama teachers and musical directors.

The first piece, The Colour Snatchers, staged by Jigsaw, reminded us just how fragile the Earth’s eco system is and how much environmental damage mankind continues to inflict on the planet.

Directed by Millie Stevenson and Will Wood, Jigsaw had imagined a world where a figure called the Enchantress, along with her colour breathing dragon, go on strike from looking after all the colours in the world, leaving us with a drab, colourless environment  to demonstrate just what happens when we continue to abuse the planet and its finite resources.

We were treated to a lively opening number and impressive choreography featuring great use of coloured ribbons. Meanwhile, there were also darker aspects to the play, featuring discordant music, a park full of graffiti, litter and vandalism, about which no one cares, along with colourless oceans of equally colourless fish, full of rubbish and plastic.

The performance delivered a powerful environmental message which Sir David Attenborough would most surely approve of.

Musical director Matt Baker and fellow composer Erin Elston delivered another winning score which wouldn’t have been out of place in the Mystery Plays and I loved the musical references dotted throughout. I found myself playing spot the tune as snippets of Summer Holiday, Mission Impossible, What a Wonderful World, Winter Wonderland and The Entertainer were woven beautifully into the score to underline the drama being played out. 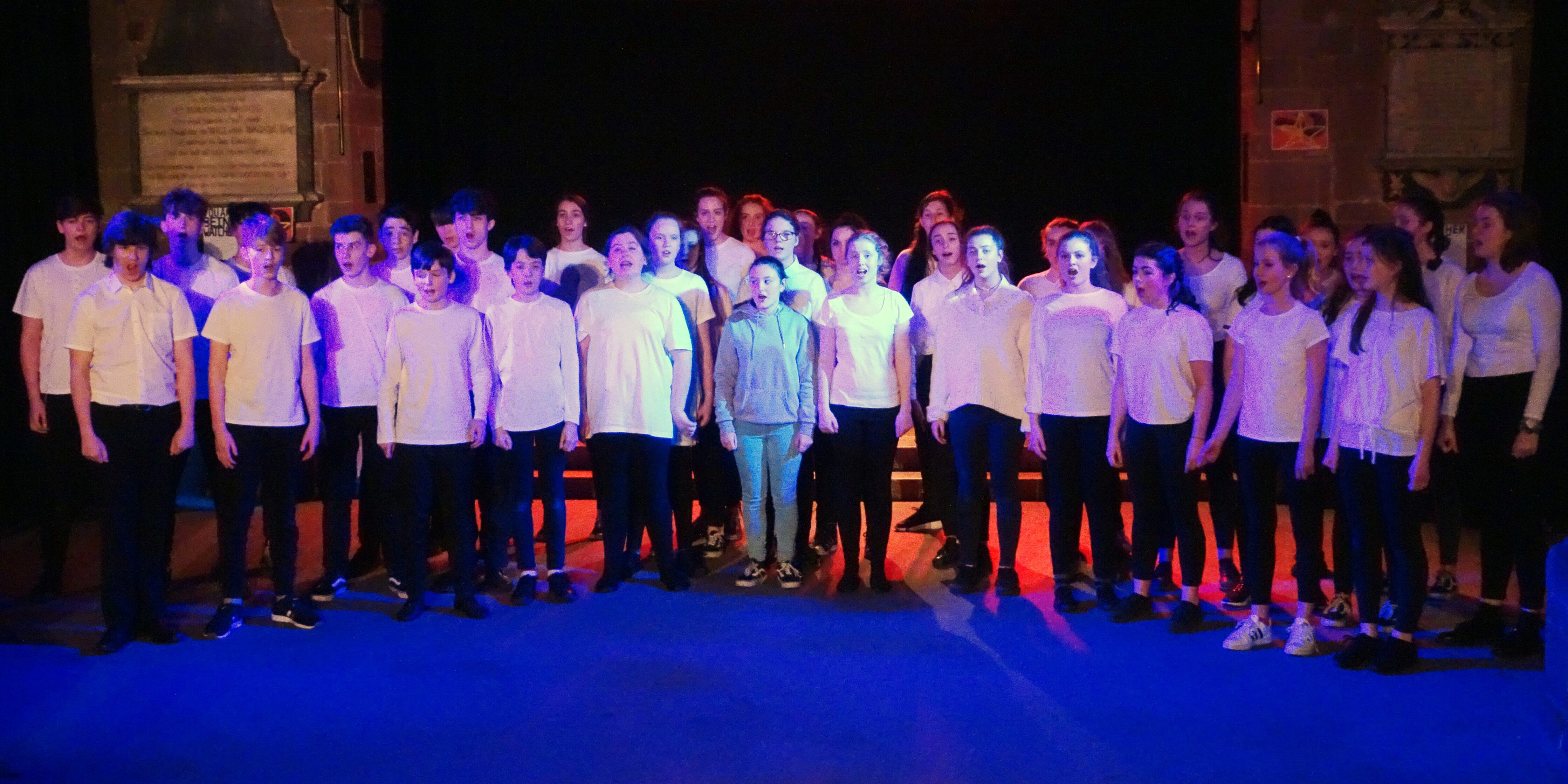 The talented young performers produced some excellent harmonies throughout and handled the complex choreography and movement with great polish. We were also treated to some very groovy performances by the cast on piano, beat box, saxophone, guitar and cornet.  I must also compliment them on their diction and projection. I could hear every word which is more than could be said for an adult production I attended recently. Well done Jigsaw on devising and staging a most thought-provoking piece of theatre.

After a short interval, it was the turn of the older group, Quartz to present Another Side, a brand new musical directed by Michael Beigel which explored the challenges of living in The City, a futuristic seemingly utopian place where under the watchful all-seeing eye of Mother nobody goes hungry, there is shelter and education for all but, at a terrible price – freedom.

This piece certainly packed a punch and asked some very deep and searching questions, what is liberty, what happens to those who question “the norm” or see things in a different way?

In The City, everybody lives controlled but very safe monotonous lives, all going to work and coming home at the same time and eating the same meals on the same day of the week.

They are provided for by Mother but no-one must step out of line, think for themselves or question why things are the way they are. Anyone who does is removed from the City by The Safety (the State Police) and never spoken of again, be they someone’s mother, father, son, daughter, sister or brother, they end up in a ghetto outside the security of The City, desperately plotting to overthrow its oppressive regime and convince the people that there is another side to choose.

I was blown away by the harmonies of the opening number, such a strong and very assured performance from the whole cast.

Joe Mann’s pulsating Hip Hop soundtrack set the scene for this dark and edgy new piece of theatre as we saw The City for what it was, a dictatorial, oppressive state with the poor brainwashed people in it blinkered to the outside world. It had echoes for me of Nazi Germany, Stalin’s Russia, an Orwellian nightmare if you will.

Sadly it also has a resonance today with the enforced state control in North Korea. A stark reminder that we should never take the hard fought for freedoms we enjoy for granted.

It was obvious to see the many hours of rehearsal that had gone in to producing the piece, the dance moves and other physical aspects were sharp and expressive and there were some really strong stand out singing voices amongst the cast. At the end of Another Side, Quartz were joined by Jigsaw to round off what had been a very enjoyable evening of innovative and challenging performances.

The future of live performance in Chester and beyond is certainly in good hands!